Red Tractor is the largest food assurance scheme in the UK. It claims to ensure the food is traceable, safe to eat and has been produced responsibly. The Union Jack in the Red Tractor logo indicates the food has been farmed, processed and packed in the UK. Red Tractor cover an extensive range of products, including meat and poultry, dairy products, breakfast cereals, and fruit & vegetables. Food producers, processors, contract caterers, wholesalers, food service and 78,000 farmers are the current members of Red Tractor scheme. 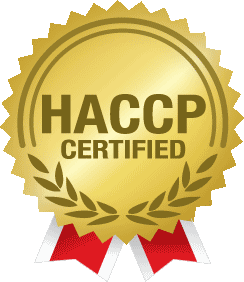 Soil Association Certification is the UK’s largest organic certification body, responsible for certifying over 70% of all organic products sold in the country. They certify organic food and farming, organic textiles and organic beauty products. Since 1973 their team has built up extensive practical experience and provide unrivalled support before, during and after certification.The Soil Association organic logo on pack is the most recognised in the UK and your customer’s guarantee that your produce meets the highest standards of sustainability and quality.

Halal Food Authority (HFA) certification is widely accepted around the globe and there is no known region where HFA halal certificate is not valid with the exception of Indonesia. HFA is in constant discussions with the authorities in Indonesia to finalize our mutual recognition arrangement and we expect it to be complete in the near future.

HFA is officially appointed by Dubai Municipality to supervise, authenticate and certify specific consignments of meat of poultry to be exported to UAE from the UK. HFA halal export certificates exclusively issued for this purpose are a mandatory requirement for custom clearance at UAE ports of entry.